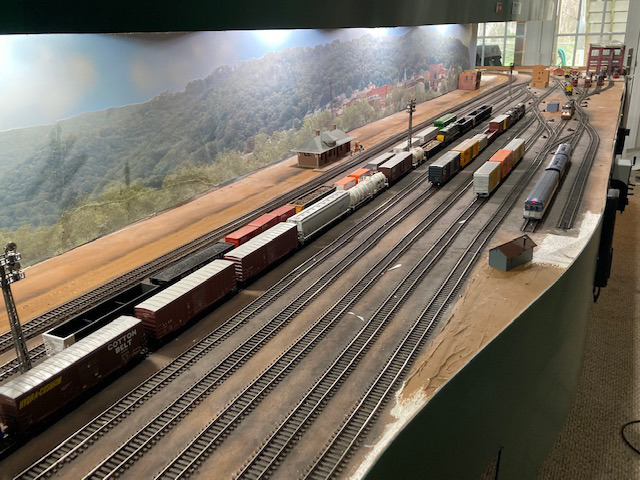 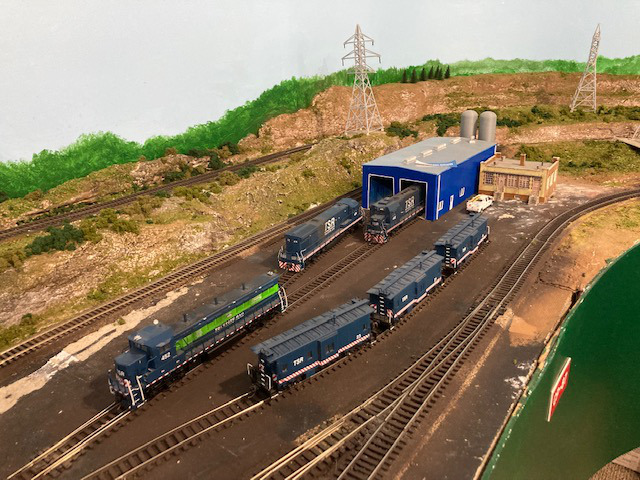 Modern railroading is featured on the G&T with current-day diesel locomotives and freight cars. Most traffic is mixed freight trains, both through freight and local freight, with an occasional passenger train thrown in for variety. With a main line length of 280’ a train takesconsiderable time to go from end to end. There are 76 industries in 24 locations to provide interest and switching activity for local train crews. Industries are mostly kits with some kit-bashed and scratch-built structures along the line. 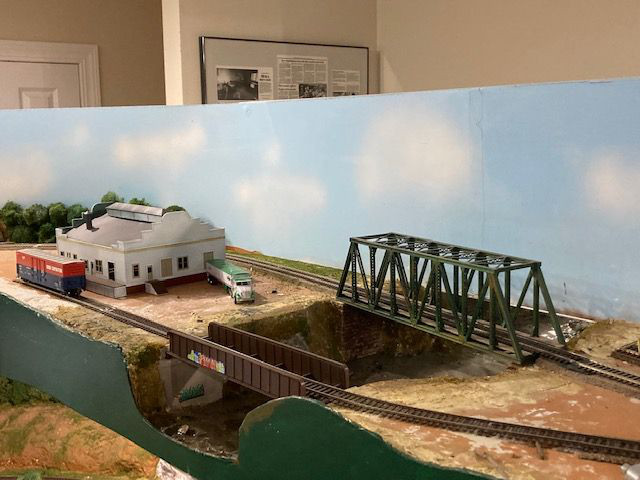 Power and train control are provided by an NCE DCC system. Signals have been installed but are not yet active as a CTC system is being installed using the CATS system. Car movement is managed using switchlists.