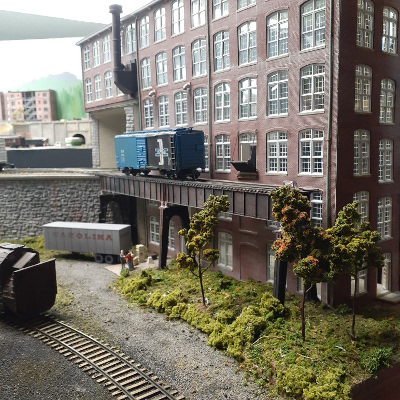 It’s September 26, 1959, and autumn is just starting to show. The Berlin, Bangor and Maine Railroad is doing well. The BB&M is considered a "Southern Division" of the BAR, with the modeled areas stretching from Oakland, ME through Northern Maine Junction, and terminating in Eastport, ME. There are interchanges with the Canadian National, Canadian Pacific, B&M, MEC, Belfast & Moosehead Lake, BAR, Aroostook Valley, and the LCLRwy, a narrow gauge logging railroad. There is an extensive branch line that parallels the coast from Machias and Machiasport to Bucks Harbor as well. The layout is HO scale. 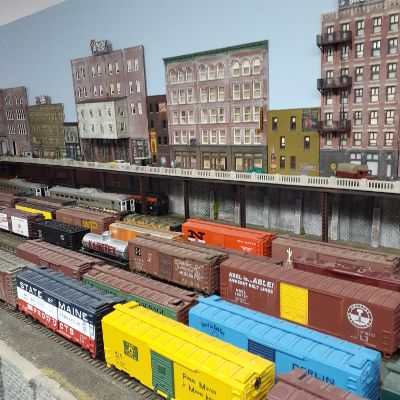 There are twelve towns on the railroad which host a total of forty rail-served industries. The main line totals 185' of track. All visible track is hand-laid code 83 and code 70 with code 55 on the branch. Structures on the layout are a mix of kits, kit-bashes, and scratch-built. 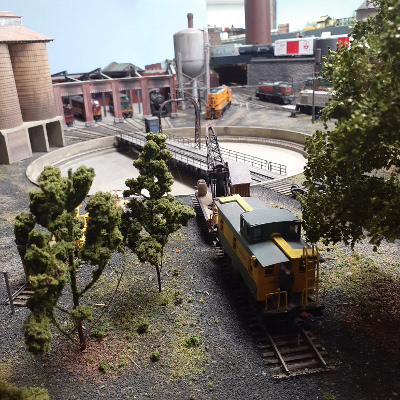 Motive power is first-generation diesel, RS-1s, GP-7s, and F-7s with a few steam locomotives remaining on the roster. If you look hard enough, you’ll see Alcos lettered for the New Haven as well as the Rutland. The fleet of 250 freight cars from the 1940s and 1950s is augmented by a passenger fleet of Budd RDC cars that provide transportation for passengers. There is both passenger and freight service throughout the day. The layout is considered a heavy local/switching railroad. In addition, there are extensive yard operations as well with three active yards, three locals, and a branch line that requires a separate crew.

Backdrop: Painted wall and Masonite and some photo-backdrops