The Portsmouth and Androscoggin Railroad represents the western border of Maine,
connecting the US rail network to Quebec City and Montreal. The layout is set in 1948. 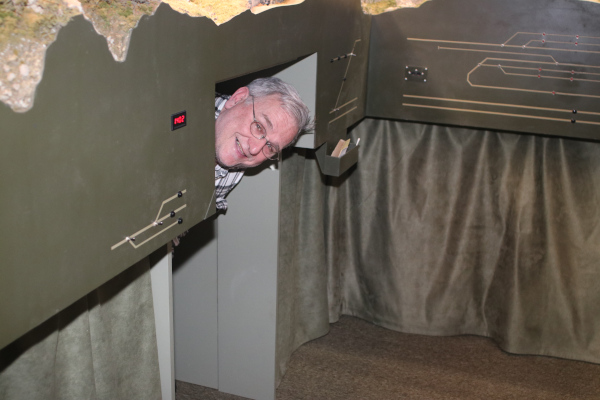 Configured as a double loop, the layout is built in an around-the-walls format in a 9' x 18' room.  Since it is a “donut” design, entry into the center of the layout requires passing under the layout (44" off the floor). Capacity is limited to four people at a time. 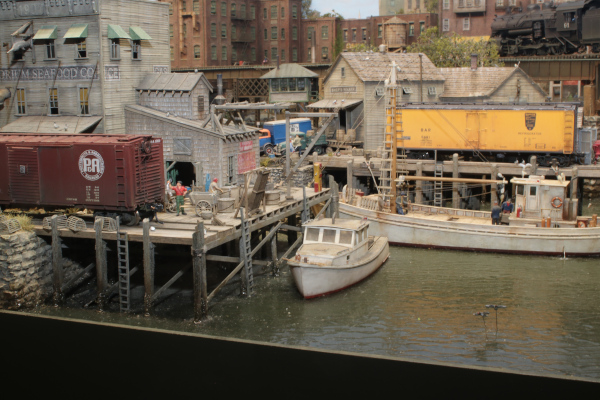 The layout is built using commercial track in codes 70 and 55. The 120' main line passes through four towns containing twelve rail-served industries. There are three short branch lines to add operating interest. Most structures are a mixture of kits, kit-bashed kits, and scratchbuilt. Of particular note are seven Baldwin Trophy-winning structures or displays. Scenery is 100% complete. Motive power is a mixture of steam and early diesel locomotives. Rolling stock is mostly era-appropriate freight cars with a few passenger cars. 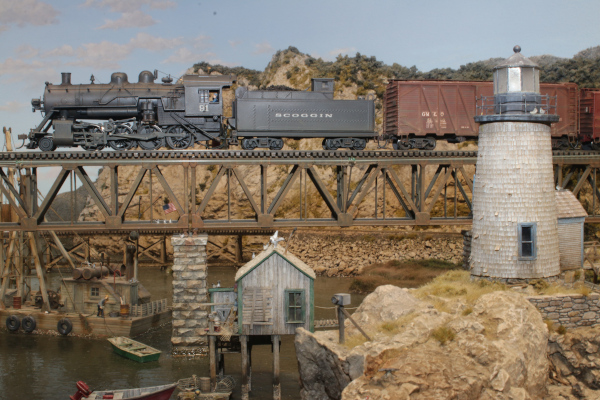 Trains are predominantly freight with an occasional passenger train. Power and control of trains are provided by an NCE DCC system. The layout supports the operation of two trains simultaneously. 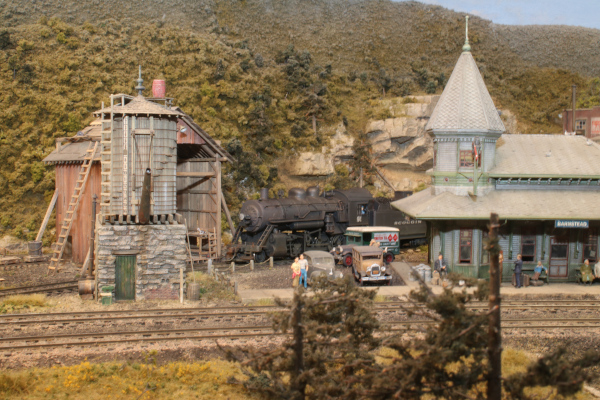