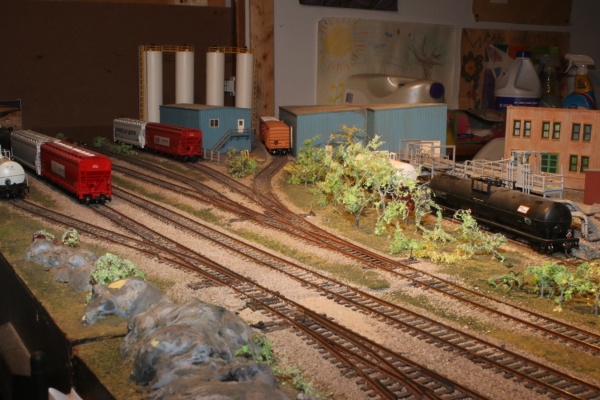 The Shreveport & Central Mississippi Railroad is a free-lance model railroad set in the South in 1985. 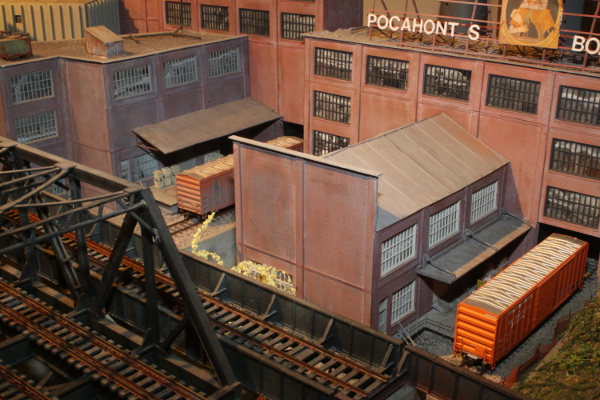 The railroad is a point-to-point double deck layout with staging yards representing Shreveport, LA and Meridian, MS. The main line is about 200' long, and passes through seven towns. The model railroad is fully operational as that is a primary interest of the owner. Thirteen industries are rail served along the right-of-way with most locations providing multiple car spots. Track is code 100 with 36" radius curves and a maximum grade of 2%. 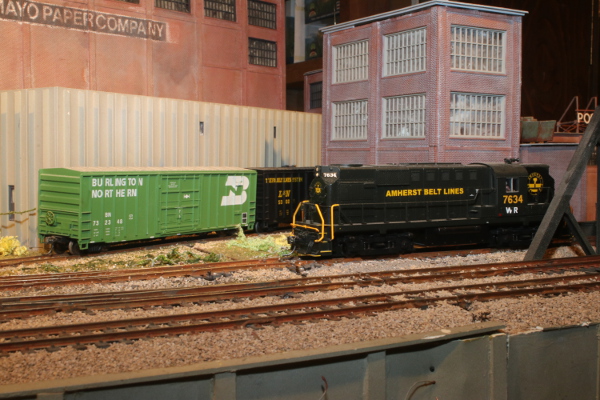 Motive power on the layout is mostly second generation diesel locomotives. GP-10s, U-18s, and GP-38s are typical locomotives powering trains. Rolling stock is assorted freight cars that match the 1985 era. All trains have cabooses since they were still in use in Mississippi in 1985. Structures on the layout are a mixture of kit-bashed and scratch built.

NCE DCC is used for train control and power. Operational control is managed by a dispatcher using a modified version of track warrant control with check blocks. Car movements are managed with car cards with the addition of spotting orders. The layout can support up to five active trains.

An interesting feature is the inclusion of Amherst Belt Lines modules that can be added or removed from the permanent layout.

Construction: Open grid around the walls

Parking: On street parking same side of road