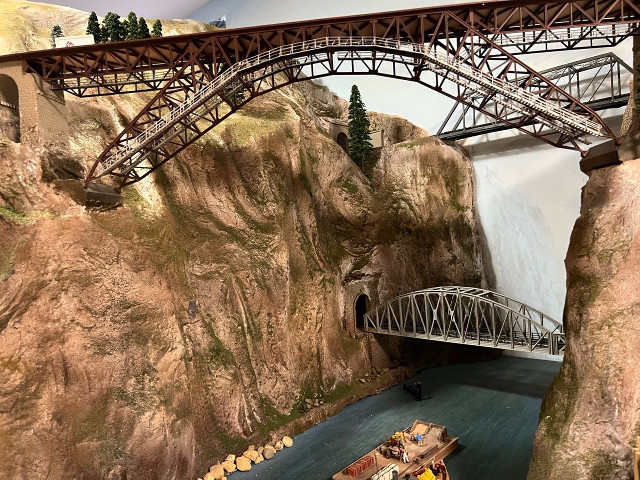 The Mt. Suben Railway is a freelance railroad with connections to the CSX Boston-to-Buffalo line and Norfolk Southern via the old D&H. The layout is set in the northeastern U.S., primarily in Massachusetts and New York. The layout, two levels in a linear walk-around style and connected by a helix, is set in the modern era and is HO scale. 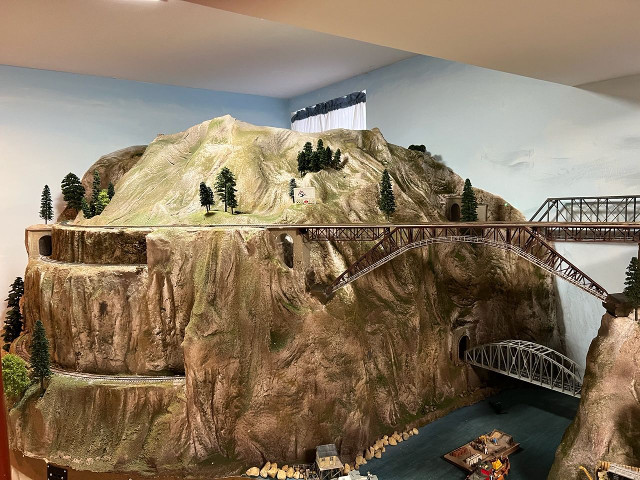 The railroad features a main yard at Mt. Suben with subsidiary yards at each end of the railroad. The railroad hosts nine towns and five industrial areas. The 330’ main line is code 100 track with Peco turnouts. 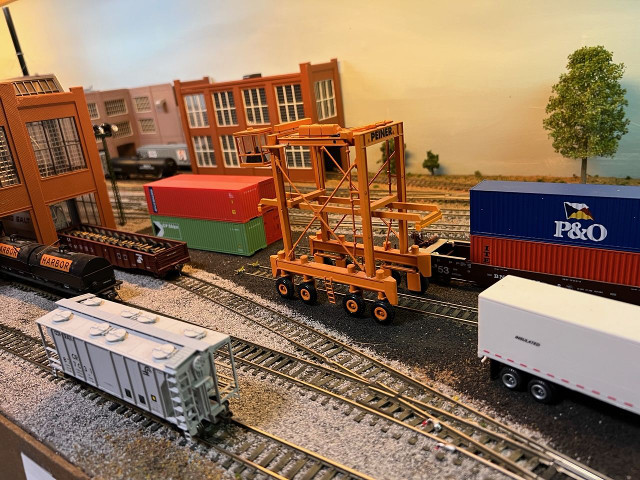 Motive power consists of modern diesel locomotives, though an occasional excursion train may run with a vintage steam locomotive on the head end. Rolling stock consists of both freight and passenger cars. Passenger trains run at night while freight operations take place during the day. Structures on the layout are a mixture of scratch-built and kit based.

NCE DCC is used to power the layout and control the trains. Route control signals are in place to control traffic in several locations. Operations control of the Mt. Suben is accomplished using car cards.

Accessibility: Located in the basement, with stairs