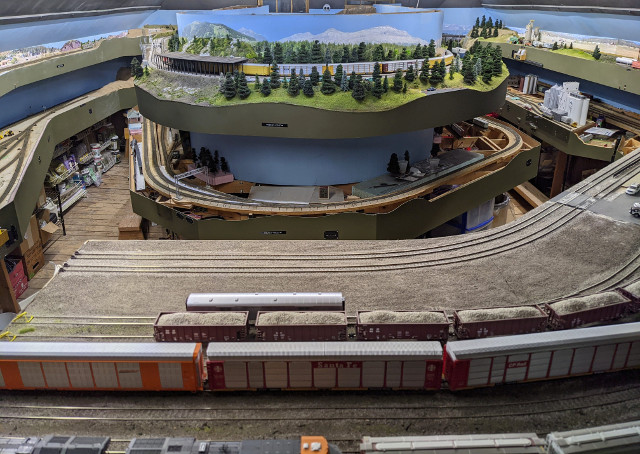 The layout is located on the second floor of a barn. The layout fills a 20' x 24' room and is configured around the walls with a center peninsula. The layout is double deck with a four-turn helix connecting the two levels. An additional helix connects to hidden staging at Spokane. Motive power consists mainly of modern diesel locomotives. The layout hosts over four hundred freight cars of various types and well as Amtrak trains #7 and #8, The Empire Builder. Over twenty-five industries exist on the railroad. Trains essentially run point-to-point as there is a twelve track staging yard at each end of the mainline. All trackage and signals are operational. In some areas of the layout scenery is complete, but the majority of the layout is not sceniced. 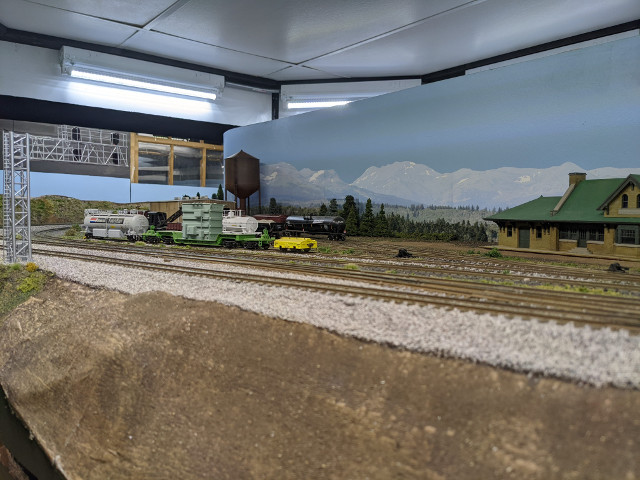 The layout can accomodate up to six active trains. Power and control of trains is provided by an NCE DCC system. Operational control is by CTC implemented through JMRI CATS software and is often dispatched by a friend in Florida. Local control is granted using facia mounted push buttons. Car routing is managed using a combination of car cards and switchlists

Parking: In driveway, do NOT park on street